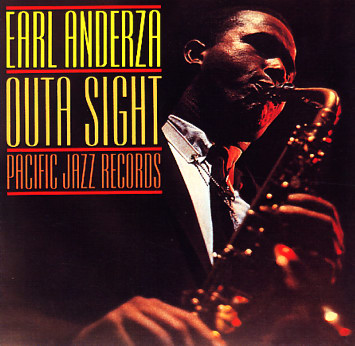 A lost treasure from the glory days of the LA soul jazz bop scene of the early 60s! Alto player Earl Anderza has this crazy tone that's unlike anything we've ever heard – and he plays with a calculated approach to atonality that hints at later work by Ayler and others – but which comes across here a lot more straight ahead. Unlike Ayler, Anderza is backed by a tight soul jazz combo that includes stunning work by pianist Jack Wilson, one of our all-time favorite players – working here on both straight piano and electric harpsichord – which has a very crazy sound! Other players include George Morrow and Jimmy Bond on bass, plus Donald Dean on drums – and titles include "Blues Baroque", "Freeway", "Benign", and a great version of Wilson's modal classic "Outa Sight"! Plus, this great CD reissue also includes 3 bonus cuts that weren't on the orignal album!  © 1996-2022, Dusty Groove, Inc.
(Out of print West Coast Classics pressing – with bonus tracks.)

Portraits
Pacific Jazz (Japan), 1963. Used
CD...$19.99
An excellent album from Gerald Wilson – one that features some of his most inventive writing and arranging to date! The album's a perfect balance between the two sides of LA jazz in the 60s – the soul jazz groove, and the growing modern scene – which often didn't get the larger ... CD

Cy Touff – His Octet & Quintet
Pacific Jazz, 1955. Used
CD...$11.99
A seminal bit of west coast cool jazz from the mid 50s – a session led by Cy Touff, a lesser-remembered player from the LA scene, and an instrumentalist who used a bass trumpet! Cy's working here in the company of a host of more familiar names – including Richie Kamuca, Russ Freeman, ... CD

Live At Monterey
Pacific Jazz, 1966. Used
CD...$9.99
A really great little album recorded by trumpeter Don Ellis in his early years – done at a time before he started putting a bit more fusion in his mix! The record features an extended live performance by a larger group, caught in concert at the Monterey Jazz Fest in 1966 – opening up ... CD