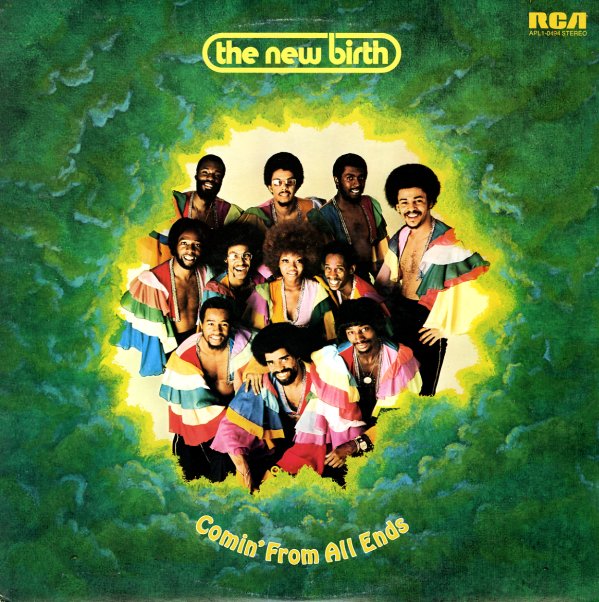 Hard funky soul from The New Birth – still sounding pretty raw at this point, and with that funky group ensemble feel that you'll hear on their best early albums! The tracks have plenty of nice guitar and clavinet work, and a shifting lead vocal approach that's pretty great on most cuts – that great collaborative mode that moves around a lot on the early albums by the group – definitely giving the feel that they're having a giant party in the studio with the Nite-Liters! Tracks include "Patiently" with a nice extended intro break, "Lady Love", "End to End", "I Wash My Hands of the Whole Damn Deal", "Echoes of My Mind", and the classic groover "Comin From All Ends", a nice full-on funky number.  © 1996-2021, Dusty Groove, Inc.
(Sealed original pressing! Cover has a cutout mark.)