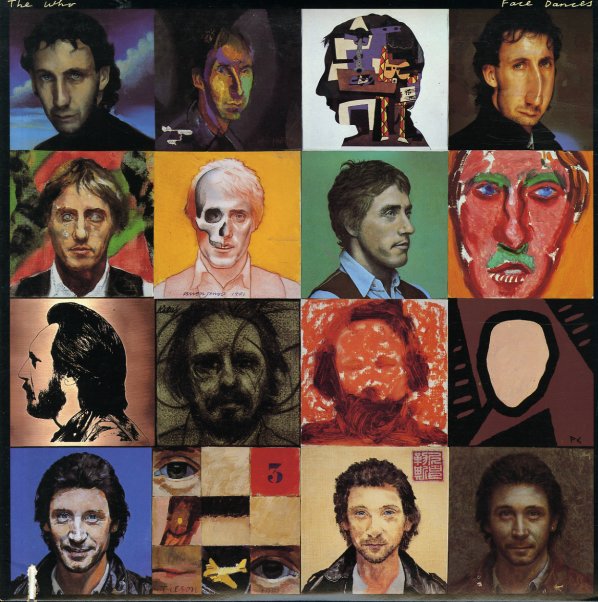 (Includes the printed inner sleeve and poster! Cover has a cutout notch and light wear.)

Who's Next
Decca, 1971. Near Mint-
LP...$24.99
One of the greatest records ever by one of the greatest bands ever! The tracks of Who's Next are the stuff of legend – classics like "Baba O'Riley", "Bargain", "Going Mobile", "Behind Blue Eyes", and "Won't Get Fooled Again", tracks that show ... LP, Vinyl record album

Tommy
Decca, 1970. Very Good- 2LP Gatefold
LP...$9.99 (CD...$4.99)
An amazing moment from The Who – and from the UK rock scene in general – as Tommy is one of the most fully-conceived concept albums ever recorded – a masterful effort that's still pretty hard to match all these many years later! Pete Townshend really knocked it out of the park ... LP, Vinyl record album

Magic Bus
Decca, 1968. Very Good+
LP...$29.99
The Who may look like they're tripping things out a bit with the cover and title to this one – clearly a nod to the Magical Mystery Tour-era Beatles – but the groove here is tight, right, and pretty darn mod all the way through – very much in the spirit of the group's earlier ... LP, Vinyl record album

Live at Leeds
Decca, 1970. Very Good+
LP...$9.99 (CD...$14.99)
A landmark live set from The Who – a record that offers the group with a blistering intensity that blows away all their other studio albums of the time! Although offered during the Who's Tommy-era expansion into broader themes and more complicated instrumentation, the album's a real return ... LP, Vinyl record album

Who Sell Out
Decca, Late 60s. Near Mint-
LP...$19.99 29.99 (CD...$19.99)
An incredible album – and one of the most revolutionary rock albums of the late 60s! The Who recorded this one as a tribute to mainstream radio at the time – linking together some solid stand alone tunes with shorter, wittier tracks that were recorded as commercials for products that ... LP, Vinyl record album