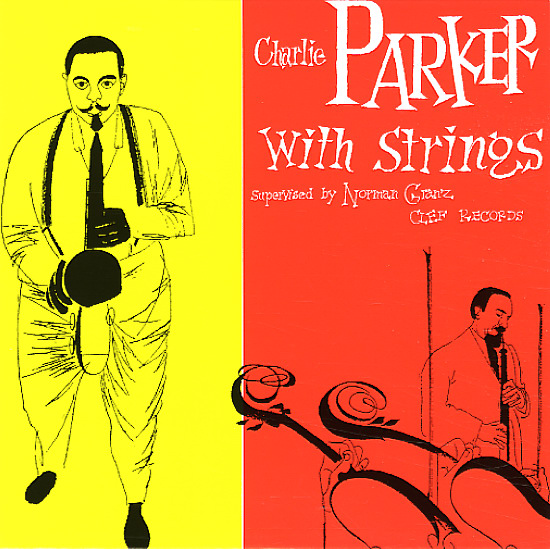 We can't decide whether we like Bird better in the small seminal bop quintets he led, or blowing fiery solos over larger arrangements buoyed by strings. Fortunately these sets, compiled from 10" LPs bring together some of both, though as you might guess from the title, they do lean heavily towards the sides backed by strings. In addition to the string groups, there's support from other bop greats like Max Roach, Al Haig & Kenny Dorham here, and they run through some smokin' versions of "Repetition", "Passport", "Everything Happens To Me", "April in Paris" and "I Didn't Know What Time It Was".  © 1996-2021, Dusty Groove, Inc.
(80s French pressing on Polydor. Shrinkwrap has an import sticker. Cover has a cutout notch.)