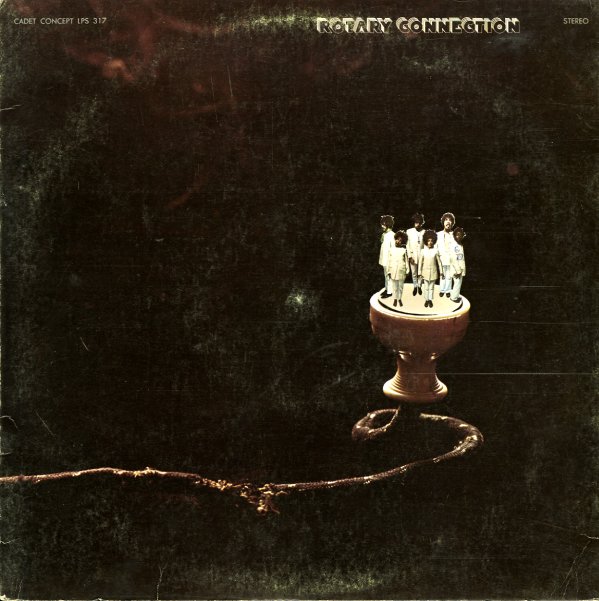 Heavenly mystical soul from Rotary Connection! If you know the group, you know the deal already: Minnie Riperton sings vocals on a number of cuts, and the great Charles Stepney's producing and arranging, with a super-baroque style that's still light years ahead of most producers in pop! The record's got a dark mix of soul, rock, and easy sounds – and titles include "Life Could", "Teach Me How To Fly", "I Took A Ride", "I Feel Sorry", and "Magical World".  © 1996-2022, Dusty Groove, Inc.
(Cadet Concept pressing. Cover has surface and edge wear.)

Dinner Music
Cadet, 1969. Very Good+
LP...$14.99
Beautiful spacey soul and righteous rock/soul grooves from one of the most enigmatic groups ever to come out of the Chicago soul scene! The drummer really kicks it on this one – and more than a few cuts have a nice backbeat to them, and the record probably has a bit more of a rock feel than ... LP, Vinyl record album

Teardrops In The Rain
Cadet, Early 60s/1972. Near Mint-
LP...$19.99
A repackaged version of Johnny Nash's earlier Chess album – Composer's Choice – given a sexier early 70s look, clearly to cash in on his big hit at the time. The tracks are older material with a nice jazzy feel, and although the record sounds nothing like Johnny's 70s work, it is a ... LP, Vinyl record album

Out Of Different Bags
Cadet, 1967. Very Good-
LP...$9.99
Marlena Shaw's first-ever album – and while not as all-out righteous as some of her later work, still a really unique record that quickly put Marlena head and shoulders above the rest of the pack! The record's a mix of jazzy vocal numbers and heavier soul tunes – arranged by Richard ... LP, Vinyl record album