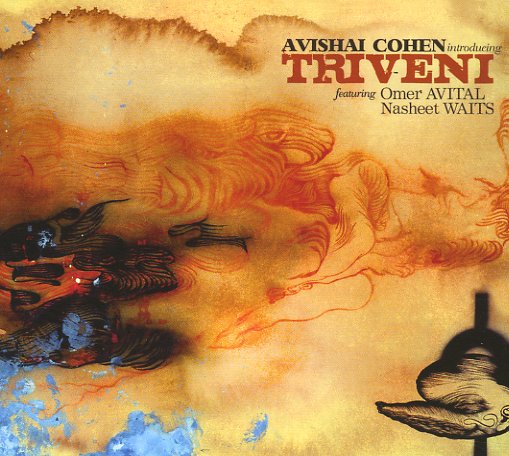 Trumpeter Avishai Cohen works here with his Triveni trio – a hip little combo with Omer Avital on bass and Nasheet Waits on drums – all sounding pretty darn great without any other instrumentation! The lack of piano makes for a really hip sound – the sort we're usually used to hearing in sax trios from the Sonny Rollins generation onward, but which isn't usually applied to a trumpet! Given that Avishai's got a free-flowing, and constantly-creative approach to his horn, the format really works well for him – especially on the album's more extended tracks. Titles include "Art Deco", "Ferrara Napoly", "One Man's Idea", "Amenu", "Wise One", and "October 25th".  © 1996-2021, Dusty Groove, Inc.