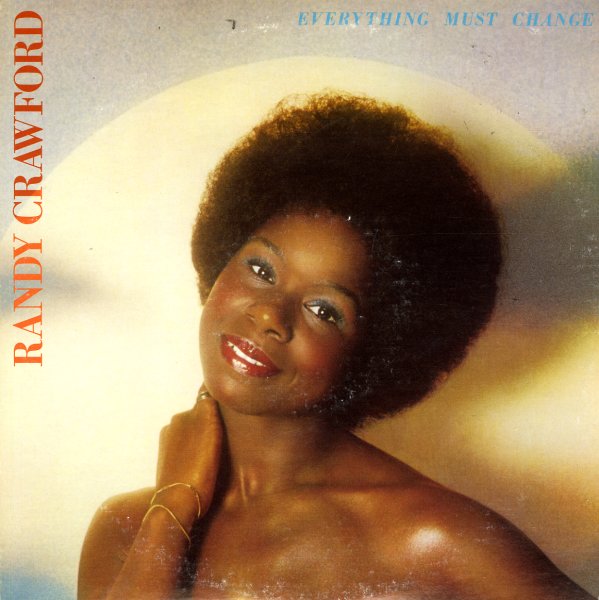 The sublime first album from Randy Crawford – a set that's got a very strong jazzy vibe throughout – and which really shows the great place from which Randy started! There's a careful and classy mix of jazz, soul, and modern R&B throughout – never overdone, but often filled out with just the right sort of larger charts to match that incredible range of Crawford – that singing style that few other artists could match! Arrangements are by William Eaton and Larry Carlton – both with lots of jazzy undercurrents – and titles include a killer live version of "Everything Must Change", plus the tracks "I Had To See You One More Time", "I've Never Been To Me", "I Let You Walk Away", "Something So Right", and "Don't Let Me Down".  © 1996-2022, Dusty Groove, Inc.
(Includes the printed inner sleeve.)

Windsong
Warner, 1982. Very Good
LP...$1.99
Randy Crawford at the height of her powers – working here with a sweet jazzy vibe, but a deeper sense of soul that makes her one of the few vocalists to balance so perfectly between both styles! The record has relatively full arrangements – smooth, but never too slick – and Randy' ... LP, Vinyl record album

Raw Silk
Warner, 1979. Very Good+
LP...$6.99
A really wonderful little album from Randy Crawford – a lot jazzier than previous work, and done in a style that has Randy's vocals backed by small electric combo work on most cuts! Players on the set are a great batch of top-shelf fusion players – and include Don Grusin, William D ... LP, Vinyl record album