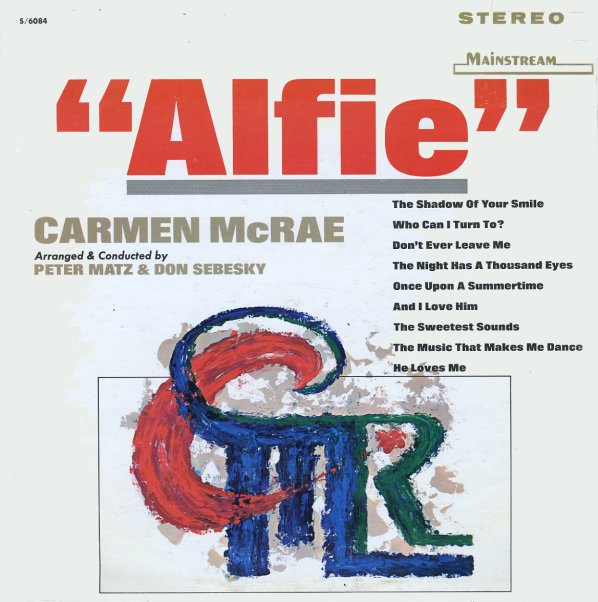 Dionne Warwick may have made the title track a hit, but the tune stands as a great start for this classic 60s album from Carmen McRae – one of those superb gems from a time when the singer was really finding herself – and hitting this mature territory that gave her what she fully deserved on record! The backings here are handled by Peter Matz and Don Sebesky – both of whom bring all their experience to bear on the album, and really turn things up from some of Carmen's small combo sets – using strings and other orchestrations in these ways that are subtle, but powerful – never overwhelming the singer, but underscoring her emotional balance in a really great way. Titles include "Alfie", "Who Can I Turn To", "Don't Ever Leave Me", "The Music That Makes Me Dance", "He Loves Me", "Once Upon A Summertime", and "The Sweetest Sounds".  © 1996-2021, Dusty Groove, Inc.
(Mono pressing. Cover has light wear.)

With A Taste Of Honey
Mainstream, Mid 60s. Very Good+
LP...$4.99
A fantastic step forward for singer Morgana King – just the kind of record that really let the vocalist unlock all the sort of special power that would set her apart from the rest for decades to come! Morgana's got this completely distinct approach to jazz singing – a mode that's short ... LP, Vinyl record album