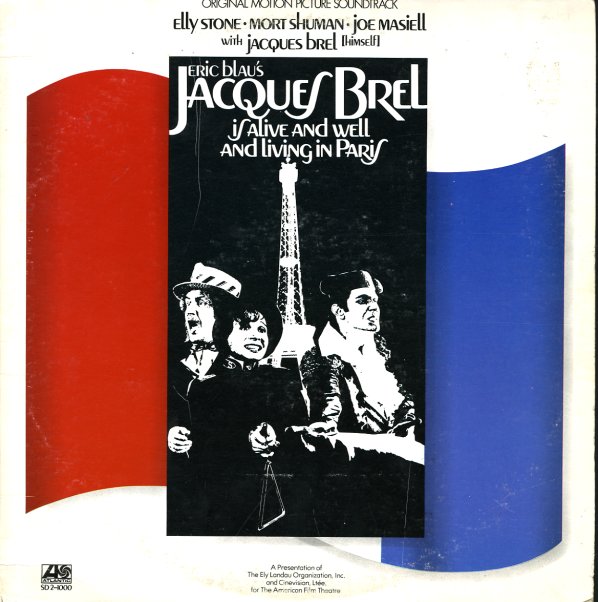 The film soundtrack version of this famous 60s musical, which was based around the sounds of Belgian singer Jacques Brel. The film version shares many similarities to the broadway one – translations by Eric Blau and Mort Shuman, vocals by Shuman and Elly Stone – but the overall sound is quite different, as the versions presented here are more subtle, less campy, possibly due to the freer range of expression allowed to the actors on a film soundstage. Plus, this version also includes a few of Brel's best songs that were left out of the original show – making for a total of 26 titles that include "The Bulls", "Sons Of", "The Desperate Ones", "Amsterdam", "The Statue", "Brussels", "Funeral Tango", "Bachelors Dance", "Carousel", and "Next". If you want Brel in English, this may well be the best way to get it – as nearly all other English language versions of his work (by Scott Walker, Marc Almond, and others) came from these translations.  © 1996-2021, Dusty Groove, Inc.
(Cover has light wear and aging.)