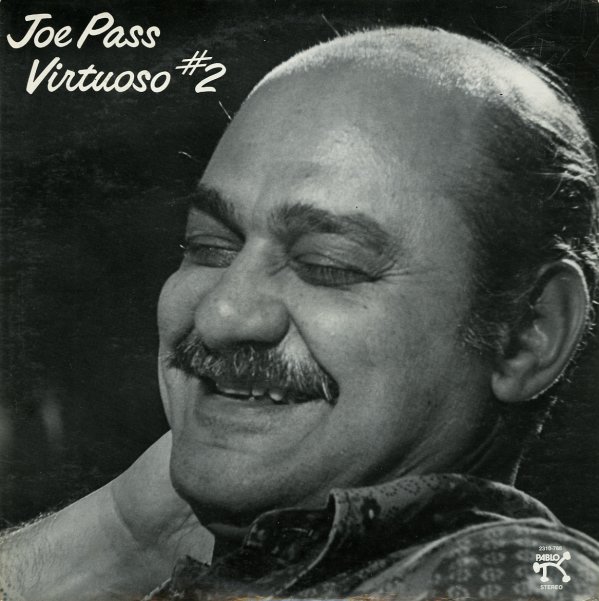 Solo guitar by Joe Pass – a beautiful little album that's a perfect showcase for the new sensitivity in his music during his years at Pablo records! The Joe Pass heard here is light years away from the guitar player who made a few gimmicky records a decade before – and this album has Joe coming across with a gentle, but sophisticated approach to his instrument that we never would have expected in the past! Titles include "Blues For Basie", "Blues For OP", "Misty", "Grooveyard", "Giant Steps", "Five Hundred Miles High", and "Limehouse Blues".  © 1996-2022, Dusty Groove, Inc.

Hark
Pablo/OJC, 1985. Used
CD...$6.99 (LP...$9.99)
A great reunion of Buddy DeFranco and Oscar Peterson – two players who recorded together famously for Verve in the 50s, working here on an 80s date under the supervision of old Verve head Norman Granz! The setting here is even more loose and laidback than in the 50s – that mellow Pablo ... CD

Look Out – Phineas Is Back!
Pablo/OJC, 1976. Used
CD...$6.99
The first album from Phineas Newborn in a number of years – and a set with a strong enough sound to warrant the "Phineas Is Back" in the title! Newborn's sound here has hardly dimmed at all – and he's still got that great blend of complicated flourishes and bluesier ... CD

Parisian Thoroughfares
Pablo, Late 50s/Early 60s. Used
CD...$4.99
An assortment of recordings from Bud's legendary years in Paris – tracks recorded between 1957 and 1961, with players that include Clark Terry, Zoot Sims, Barney Wilen, Kenny Clarke, and Daniel Humair. Tracks are mostly short – about as short as those on Bud's studio sides from the ... CD