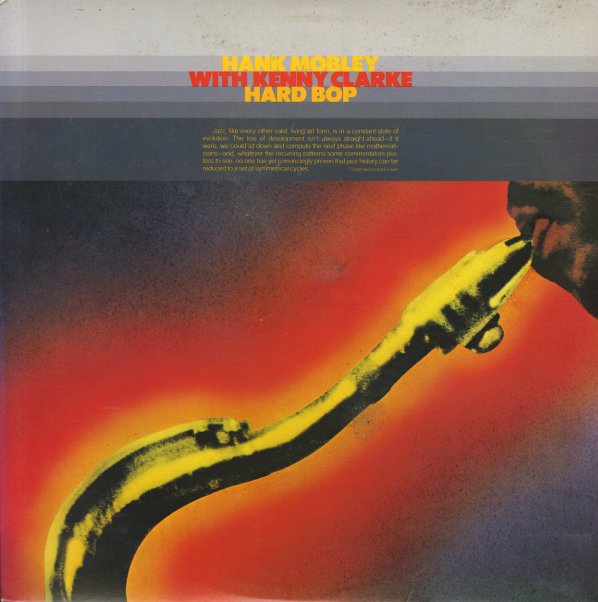 70s issue of material that originally came out on two different Savoy albums in the late 50s, one of which was the Jazz Message Of Hank Mobley. Excellent early hard bop material from Mobley – in a style that's similar to his early Blue Note work, but with a bit less polish. Not that that's a bad thing, though – as the long tracks create some strong interplay between the groups, and the rough edges bring out some good sides of the players' tones that you don't get in slicker sessions from the time. The groups include Lee Morgan, Hank Jones, Doug Watkins, Donald Byrd, and Barry Harris – and titles include "Thad's Blues", "Blues Number Two", "Cattin", "Madeline", "Doug's Minor B'ok", and "Space Flight".  © 1996-2020, Dusty Groove, Inc.
(Cover has a cut corner, lightly bent corner, and promo sticker.)