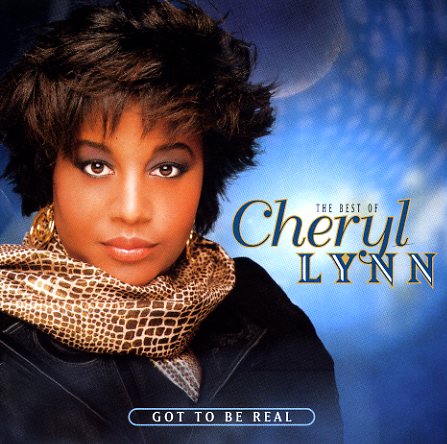 Got To Be Real – The Best Of Cheryl Lynn

Plenty real soul here – a killer collection of Columbia grooves by Cheryl Lynn – a set that runs right from the clubby start to the more commercial finish of her time at the label! The package is a great illustration of Cheryl's ability to rise to the occasion in just about any setting – and although work is handled by a variety of producers – including Marty Paic, Ray Parker Jr, Barry Blue, Jimmy Jam & Terry Lewis, and even Luther Vandross – Cheryl always comes out on top in the end! Titles include her great vocals on "Georgy Porgy" by Toto, presented here in its disco version – plus Lynn classics "Got To be Real", "Star Love (disco version)", "All My Lovin", "I've Got Just What You Need", "I've Got Faith In You", "Encore (single)", "If This World Were Mine", "It's Gonna Be Right", "Shake It Up Tonight", and "Day After Day".  © 1996-2020, Dusty Groove, Inc.
(Out of print.)