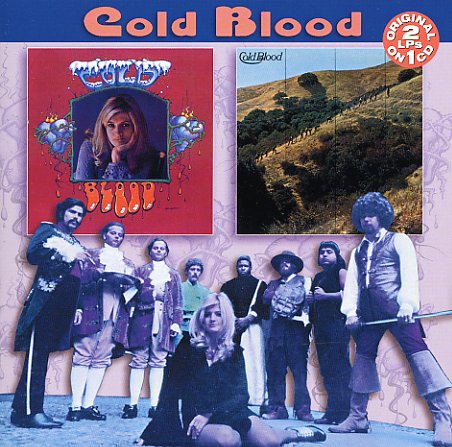 The first two albums by Cold Blood – a Bay Area collective of soul and rock players, with a sound that's a jamming tribute to the harder soul of the late 60s. Lydia Pense's the lead singer – with a style that's kind of a sweeter take on the Tina Turner sound – and the mixed band grooves on organ, guitar, and horns, in a style that's very much in the Memphis soul bag. Titles include "Watch Your Step", "You Got Me Hummin", "I Wish I Knew How It Would Feel To Be Free", "Too Many People", "Funky On My Back", "Shop Talk", "Your Good Thing", and "I'm A Good Woman".  © 1996-2021, Dusty Groove, Inc.
(Out of print.)

Live At The Regal
Collectables, 1965. Used
CD...$8.99
This landmark live recording by the great Chicago soul singer Gene Chandler is one of the first-ever true live sets by a soul star, and a record that rival's James Brown's Live At the Apollo for true energy and excitement. Recorded live at Chicago's Regal Theater for the long-gone Constellation ... CD