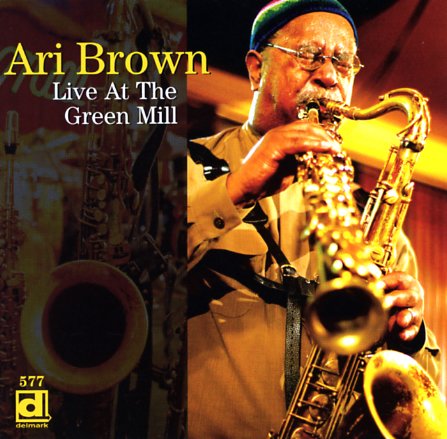 Some of the best work we've ever heard from saxophonist Ari Brown – really stepping into his own space as a leader here, after countless years working with other players on the Chicago scene! The album's not Ari's first as a leader, but it may well be his strongest – a great live performance that's graced by his own creative, sharp-toned lines on tenor, soprano sax, and flute – and which also features great accompaniment from a quintet that includes his brother Kirk on piano. Kirk's bold, flowing lines bring in a nice sort of McCoy Tyner-esque spirituality to the record – and although the set was recorded recently in Chicago, it's got the musical feel of a indie soul jazz session from the 70s. Other players include Pharez Whitted on trumpet, Yosef Ben Israel on bass, Avreeayl Ra on drums, and Dr Cuz on percussion. Titles include "Richard's Tune", "One For Skip", "Shorter's Vibes", "Two Gun V", "Evod", and "Kylies Lullaby".  © 1996-2021, Dusty Groove, Inc.

Double Demon
Delmark, 2011. Used
CD...$6.99
A brilliant set from the Chicago scene – a trio that features cornet from Rob Mazurek, drums from John Herndon, and some mighty vibes from Jason Adasiewicz – easily one of the most important players on his instrument in the past decade! There's a mixture of freeness and togetherness ... CD