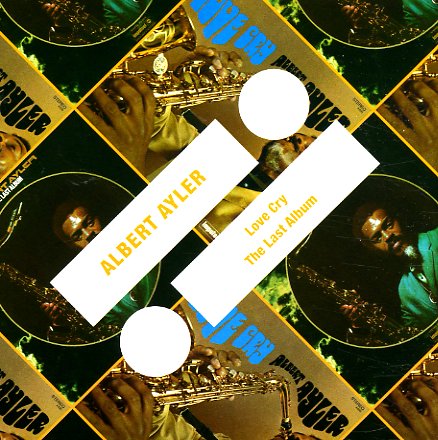 Albert Ayler In Greenwich Village
Impulse/Universal (Japan), 1966/1967. New Copy
CD...$22.99 (CD...$8.99)
One of the first big moments of Albert Ayler's work in the jazz mainstream – and a record that doesn't dim his greatness at all from the earlier sides recorded for ESP! The album's got a sharply angular sound that more than lives up to its vibrant cover image – a well-honed approach to ... CD

Albert Ayler In Greenwich Village
Impulse/Universal (Japan), 1966/1967. New Copy
CD...$22.99 (CD...$8.99)
One of the first big moments of Albert Ayler's work in the jazz mainstream – and a record that doesn't dim his greatness at all from the earlier sides recorded for ESP! The album's got a sharply angular sound that more than lives up to its vibrant cover image – a well-honed approach to ... CD