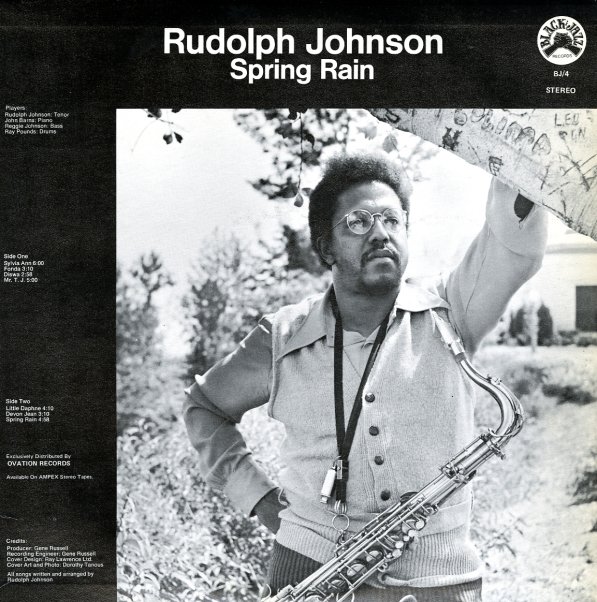 One of the few albums ever cut by reedman Rudolph Johnson – a hell of a saxophonist, and one with a great ability to combine the spiritual with the searing – a bit like Joe Farrell at his CTI best, but not as freewheeling – nicely focused, and a little bit funky in all the right parts – in ways that make this album one of the real standouts on the legendary Black Jazz label! The groove is nice and hard, and plenty dark – with lots of sharp edges around the offbeat rhythms, and a "bite" that makes the album one of the heaviest titles on the label. Other players include John Barnes on piano, Reggie Johnson on bass, and Ray Pounds on drums – and titles include the great "Diswa", which has sort of of a tight jazzy hip hop sample feel to it, plus "Mr TJ", "Little Daphne", and "Spring Rain".  © 1996-2022, Dusty Groove, Inc.
(Out of print – and includes obi!)

Second Coming (Japanese paper sleeve edition)
Black Jazz/Snow Dog (Japan), 1973. Used
CD...$24.99 36.99 (CD...$12.99, LP...$22.99)
A brilliant album from the overlooked reedman Rudolph Johnson – his second session for the Black Jazz label, and even better than the first! There's a soaring, searching quality to the record that Johnson never had before – a way of handling his tenor with a tone that Coltrane would ... CD

Place To Start
P-Vine (Japan), 1986. Used
CD...$34.99
A lost chapter of genius from vibes player Billy Wooten – and a great one too! The set's a rare outing with Hammond giant Groove Holmes – laid out nicely here in a quartet setting that offers up plenty of Billy's great vibes mixed with the organ – in a mode that's very different ... CD

Dave Brubeck Quartet/Paul Desmond Quartet/Cal Tjader (Japanese paper sleeve edition)
Crown/P-Vine (Japan), Early 50s. Used
CD...$34.99
Rare work from the San Francisco scene of the 50s – issued here on the Crown label, who usually just focused on the sounds of LA! As usual with Crown, the notes are a bit vague – but we can say that the set features some sparkling material that really matches the Fantasy Records 50s ... CD

Shawn-Neeq (Japanese paper sleeve edition)
Black Jazz/P-Vine (Japan), 1971. Used
CD...$29.99 34.99
A stone classic on the Black Jazz label – and one of the most unique guitar albums ever! We're not sure what the title meant originally – but over the past few decades, it's come to stand for some heavy heavy guitar work from the legendary Calvin Keys – a record that's really ... CD

Land Of The Sun
Verve, 2004. Used
CD...$3.99
Another latin leaning collaboration between bassist Charlie Haden and pianist Gonzalo Rubalcaba, who also arranged all the tracks on the album which feature guitar, sax, flute, bongo, and additional percussion. CD