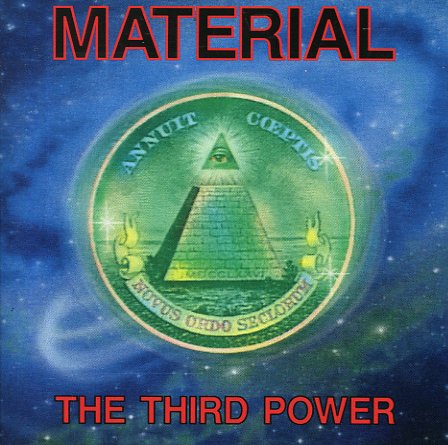 As with much of the work in his career, Bill Laswell assmebles an all star cast, this one based around the crew he'd pull from as he explored some of the heavier more tripped out directions that seemed to guide his work through the 90s. On the one hand he's tapping into the P-Funk axis with Bootsy, Gary Shider, Mudbone Cooper and Bernie Worrell, while still using some of the world music and reggae musicians he recruited nteh 80s, like Sly & Robbie and Aiyb Deng, plus the JB's horns withMaceo Parker, Fred Wesley and Pee Wee Ellis. Add a touch of avant jazz from Olu Dara and Henry Threadgill, plus a host of vocalists including the Jungle Brothers, Jalaluddin Nuriddin of the Last Poets and Shabba Ranks and you've got a pretty heavy cast of characters. Includes "Reality", "Playin With Fire", "Cosmic Slop", "E-Pluribus-Unum", "Drive-By", "Power OF Soul (Black Chant)", "Mellow Mood" and "Glory".  © 1996-2021, Dusty Groove, Inc.
(Out of print.)

And The New Bohemian Freedom
Stereo Deluxe (Germany), 2003. Used
CD...$2.99
Another great little batch of wonderfully thumping grooves from Mo' Horizons! The group doesn't turn away from what they've done so well on their previous work – but everything seems just a bit fuller, and better realized this time out! It's a great blend of crisp, jazz-trained late 70s ... CD