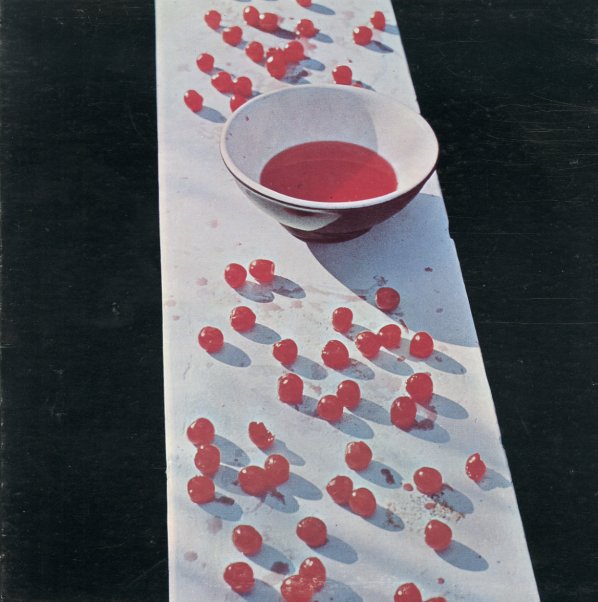 The incredible solo debut of Paul McCartney – and a record that already leaps ahead from The Beatles in so many amazing ways! There's an up-close, intimate vibe to some of these songs that's really amazing – a sense of happiness that Paul never seemed to have in the Beatles' later years – mixed with some other witty twists and turns that expose a side of his songwriting that would only blossom even more in years to come! McCartney handles all instruments and vocals – but Linda also joins in on harmonies – and it's that sense of harmony between the two of them that really guides the record's spirit. Titles include "Maybe I'm Amazed", "Man We Was Lonely", "The Lovely Linda", "Momma Miss America", "Every Night", "Valentines Day", "Hot As Sun/Glasses", "Junk", and "Singalong Junk".  © 1996-2021, Dusty Groove, Inc.
(Black label Capitol pressing.)

Anthology 1 (3LP set)
Apple (UK), Late 50s/Early 60s. Near Mint- 3LP Gatefold
LP...$99.99
A crucial collection that came out in the 90s, to reveal some great overlooked snippets from the early years of The Beatles! Includes the previously-unreleased "Free As A Bird" – plus 57 more tracks from the early years, including some unusual demos, alternates, and even some ... LP, Vinyl record album

Live Peace In Toronto
Apple, 1969. Near Mint-
LP...$19.99
The earliest incarnation of the Plastic Ono band, and more or less a one off, with an all-star line up that included Eric Clapton and Klaus Voorman alongside Lennon and Ono. One side of the rootsy rock that was the old school Beatles stock in trade, and one side of Yoko Ono doing her thing on the ... LP, Vinyl record album

Beatles – The White Album
Apple, 1968. Very Good+ 2LP Gatefold
LP...$99.99
The Beatles at their late best – on 1968's self-titled set – now immortalized as The White Album! The White Album capped offed a period of intense creativity for the band with a double that's as freewheeling as anything they'd ever release. It's got raw rockers with wry lyricism, ... LP, Vinyl record album