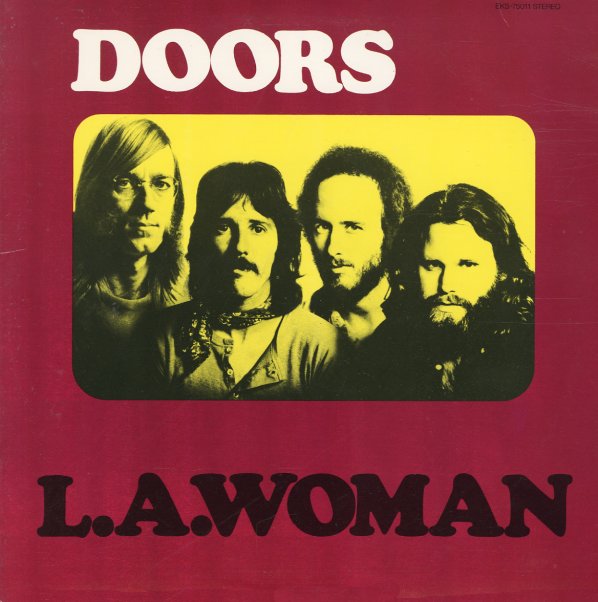 Maybe one of our favorite Doors records of all time – if only for the long Fender Rhodes solo by Ray Manzarek on the album's final track, "Riders On The Storm"! Yet the whole album is pretty darn great, too – the last to feature Jim Morrison, who would leave the planet shortly after the album was released! There's a looser, more mature feel to the whole record – still lots of the territory the group had explored on previous albums, but also maybe more relaxed in the studio – knowing when to go for a hook when needed, but also letting some of the tunes really find themselves too. Titles include the hits "Riders On The Storm", "LA Woman", and "Love Her Madly" – plus "The Changeling", "Been Down So Long", "Cars Hiss By My Window", "The WASP", "L'America", and "Hyacinth House".  © 1996-2021, Dusty Groove, Inc.
(Mid 70s butterfly label pressing with SP suffix and SRC stamp, in the standard cover, with a small split on the spine and some light wear.)

Satin Chickens
Elektra, 1969. Sealed
LP...$9.99
Only the second album from Rhinoceros, and the group are already stretching out their wings – as you might guess from the offbeat cover of "Satin Doll" that beings the proceedings! As before, Rhinoceros are a wonderfully fine-tuned ensemble – working here with the sharpness ... LP, Vinyl record album