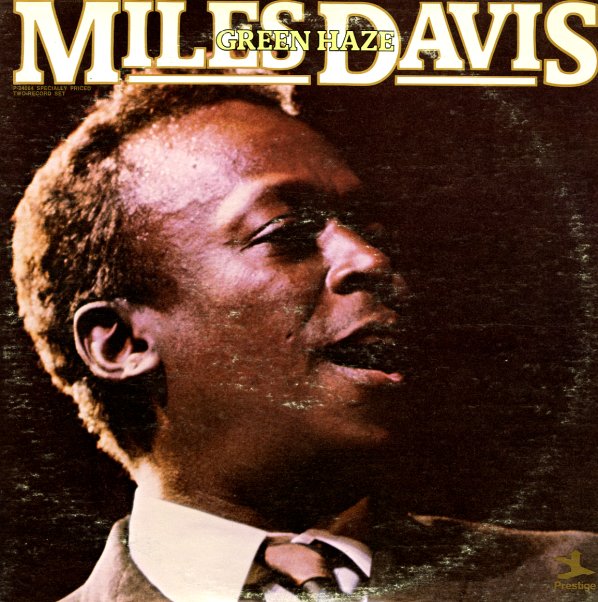 A 70s 2LP set that brings together two of Miles' seminal mid 50s sessions for Prestige – Musings of Miles and Miles. The albums are united in that they both feature work by the Red Garland Trio on rhythm (Red, Philly Joe Jones, and either Paul Chambers or Oscar Pettiford) – and the later is especially great in that it features an early appearance by Coltrane, then pretty new to Miles' company. Tracks include "Sposin", "Stablemates", "Gal In Calico", "I Didn't", "Will You Still Be Mine", "Green Haze", and "The Theme".  © 1996-2021, Dusty Groove, Inc.

My Old Flame
Up Front, 1960s. Near Mint-
LP...$11.99
Early bop sides, not led by Miles as you might imagine from this package, but featuring him. We're not entirely certain of the origin of these recordings, but they are at least contemporaneous with the Savoy sides Miles was cutting with Bird, and according to the notes, feature Charlie Parker, ... LP, Vinyl record album

Tribute To Jack Johnson
Columbia, 1971. Very Good+
LP...$34.99
A masterful tribute from one bad cat to another – and easily one of Miles Davis' greatest electric albums ever! The album's got a powerful, epic sort of feel – a renewed focus after the looser style of Bitches Brew, and the 70s live albums – and one that mixes a deeper funky ... LP, Vinyl record album

Good 'Nuff
Prestige, Early 60s/1971. Very Good+
LP...$19.99
Repackaging of a session that was originally titled Johnny Hammond Smith Cooks With Willis Jackson, and which features Smith and Jackson in a quartet with Eddie McFadden on guitar and Leo Stevens on drums. The tracks are fairly straight organ/tenor stuff from the early 60s', but the groove is nice ... LP, Vinyl record album