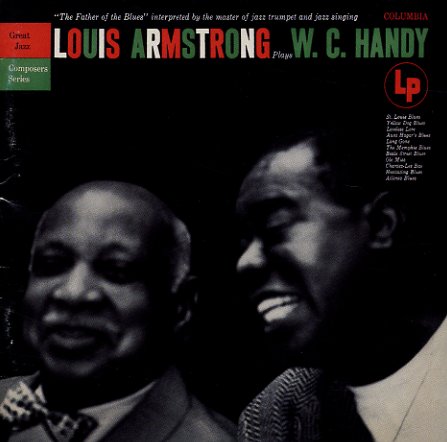 Mid 50s, and Louis is going back to his roots – playing a set of compositions by WC Handy – working with a small combo that includes Barrett Deems on drums, Arvell Shaw on bass, Trummy Young on trombone, and Barney Bigard on clarinet. Vocals are by Louis and Velma Middleton – and titles include "Atlanta Blues", "Chantez Les Bas", "Loveless Love", "Memphis Blues", "St Louis Blues", and "Beale Street Blues".  © 1996-2021, Dusty Groove, Inc.
(Mono 6 eye pressing with deep groove. Cover has strip of tape on the top seam and some minor splitting on the bottom seam.)

Southern Comfort
Blue Thumb, 1974. Very Good+ 2LP Gatefold
LP...$11.99
A landmark album from The Crusaders – and a set that really has them sweetening up their groove with lots of tasty R&B touches! The guitar's a bit more pronounced in the mix on this one – setting up some tightly funky rhythms that almost seem to free up the horns even more for solo ... LP, Vinyl record album