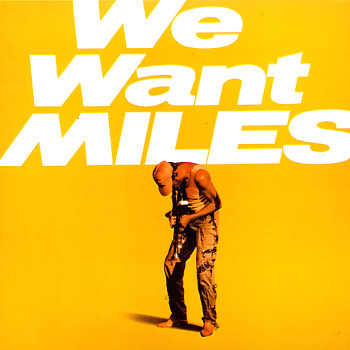 It's not the Plugged Nickel or electric Japan in the 70s – but this is a surprisingly great 2LP set of live work by Miles from the early 80s – recorded in New York and Boston, with a lively full-on concert sort of feel! The group features Marcus Miller on bass, Bill Evans on soprano sax, Al Foster on drums, Mike Stern on guitar, and Mino Cinelu on percussion – and the tracks are long tunes, done with a bit of electricity, and sort of a joyous approach overall. Titles include "Kix", "My Man's Gone Now", "Jean Pierre", "Fast Track", and "Back Seat Betty".  © 1996-2021, Dusty Groove, Inc.
(Cover has small initials in marker on front, in nice shape otherwise.)