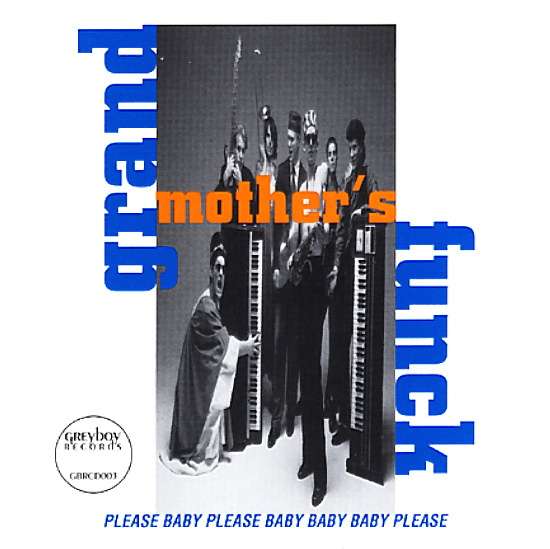 An obscure bit of jazzy funk from the Swiss scene – the only album we've ever seen from Grandmother's Funck – on Greyboy Records! The album was recorded in Switzerland in '96, and there's timeless sound and a laidback approach of funk – with soul jazz awareness that we don't always hear in the later funk revivalists! The 10 tracks are a mix instrumentals and a few vocal cuts – loads of Rhodes and Hammond, funky drums & percussion, horns that roll from jazzy to Afro funk influences, longish passages and tighter moments! Nice stuff! Titles include "Call Me", "When She Said Goodbye Forever (I Was Brushing My Teeth)", "Julio's Bounce", "I Can Hear Your Body Talk", "Ain't No Makin Whoopee Anymore", "Blues For Mr Harris", "Hotel 99", "I Don't Forget My Horn", "Dancing In The Funkshine" and "Work Is Done".  © 1996-2021, Dusty Groove, Inc.
(Out of print.)

Revenge Of Mister Mopoji
Desco/Sam Lung, 1994. Used
CD...$19.99
A deep funk classic from the early years – an album recorded in the mid 90s, back when few current funk groups were doing their thing – and originally released as the "fake" soundtrack to a 70s Hong Kong film! The actual music is by Mike Jackson & The Soul Providers ... CD