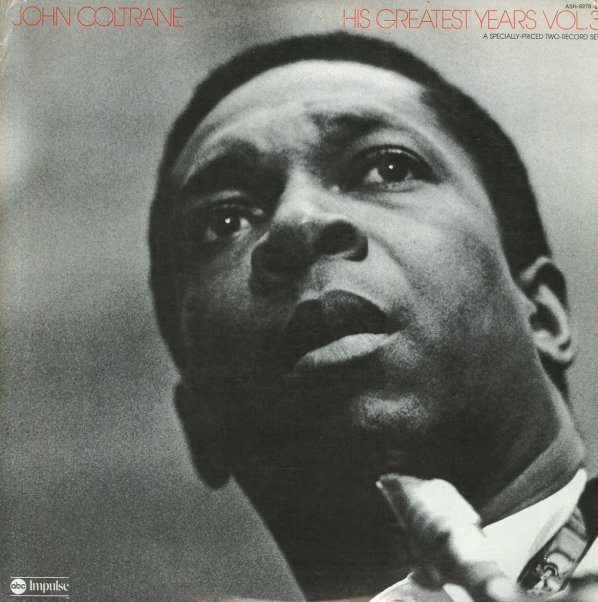 A 2 LP retrospective of some of the more spiritual exploratory sides 'Trane was cutting in the mid to late '60's for Impulse. A number of cuts feature the classic quartet with Jimmy Garrison, McCoy Tyner & Elvin Jones, but a few feature some of the later lineups with Pharoah Sanders, Reggie Worman & Alice Coltrane. Tracks arte "Dear Lord", "Chasin the Trane", "Up 'Gainst the Wall", "Crescent", "Nature Boy", "Welcome", "Cosmos", "Dedicated to You", "Expression" & "Living Space".  © 1996-2022, Dusty Groove, Inc.
(Early 80s MCA pressing in a non-gatefold Two Record Set cover, with some splitting in the top seam and an unglued bottom seam.)