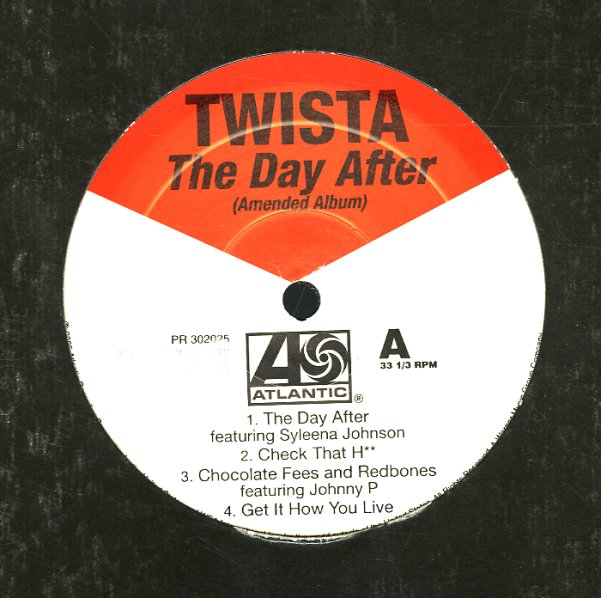 Twista bangs out another solid LP! It's probably as strong as the breakthrough Kamikaze as a whole – even if it doesn't catch lighting in a bottle as incredibly as the already classic single "Slow Jamz" from the Kamikaze and College Dropout albums. Twista soldiers on with a number of tracks that do approach the R&B sheen of that great number. Tracks include "The Day After" feat Syleena Johnson, "Check That H**", "Lavish" feat Pharrell, "Girl Tonite" feat Trey Songz, "When I Get You Home" feat Pharrell & Jamie Foxx, "So Lonely" feat Mariah Carey, "Had To Call" feat Snoop Dogg & Sleepy Eyed Joe, "I'm A Winner", "Hit The Floor" feat Pitbull and more.  © 1996-2021, Dusty Groove, Inc.
(Edited promo in an Atlantic sleeve.)