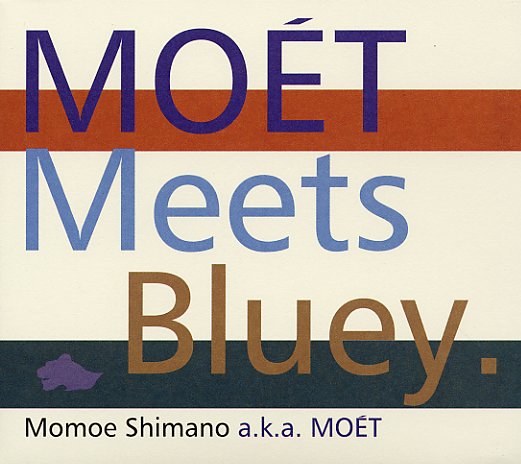 Japanese singer Moet meets up with Jean-Paul "Bluey" Maunick of Incognito – and the result is a jazzy set of tunes that crackle with the Incognito touch! The album's got a mix of English and Japanese lyrics, and backings done in that blend of classic jazz and soul that first made us fall in love with Incognito years ago – and which Bluey's been doing his best to keep fresh as time goes by! Titles include "Hot Glamour (Bluey's Blue Bossa rmx)", "Hot Glamour (Incognito main)", "Baby Baby Service (Mellowness meets Funkness rmx)", "Jr Butterfly (Urban Floor rmx)", and "Next Lounge (Spacy Smoother rmx)".  © 1996-2021, Dusty Groove, Inc.