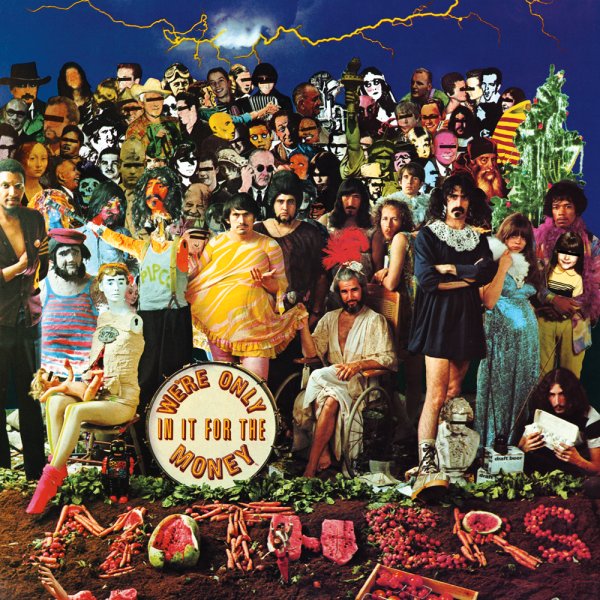 An early masterpiece from Frank Zappa – one of those records that looks like it's going to be a big ol' mess when you first see the cover – but which turns out to be a carefully calculated act of madness in the end! The Mothers have all their freeform freaky brilliance intact here – still some of the snide edges of the early years, but also really learning their craft as well – and stretching out under Zappa's direction into a pastiche of songs that explore the anxieties and inanities of late 60s America! Frank produced the whole thing with an approach that others wouldn't reach for years – shifting styles, instrumentation, and sound sources with effortless ease – over tracks that include "Hot Poop", "The Idiot Bastard", "Lonely Little Girl", "Take Your Clothes Off When You Dance", "Harry You're A Beast", "Mom & Dad", "Who Needs The Peace Corps", and "Flower Punk".  © 1996-2022, Dusty Groove, Inc.

Zappa In New York
Ryko, 1977. Used 2 CDs
CD...$11.99
Frank Zappa live in the 70s – working with a surprisingly hip large ensemble, with all the sharp changes and unusual moments of his classic studio albums! Like some of Zappa's other concert performances, there's an approach that steps a few years back – clearly to please the group ... CD