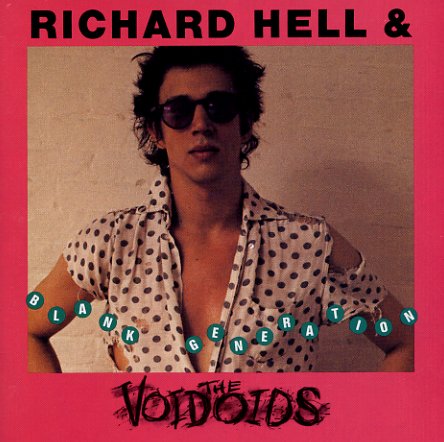 Sublime sneering work from the great Richard Hell – a key album in the evolution of punk on the US scene! The record marks a huge shift after Hell left Television – harder, nastier sounds – almost on a par with the Dead Boys on Sire, but a bit more artistic too – especially given Hell's penchant for creative wordplay. The mighty Robert Quine is on guitar – and tracks include the seminal "Blank Generation" and "Love Comes In Spurts", plus "Liars Beware", "The Plan", Walking On The Water", and "Another World".  © 1996-2020, Dusty Groove, Inc.

Can't Stand The Rezillos/Mission Accomplished But The Beat Goes On
Sire, 1978/1979. Used
CD...$4.99
First up is Can't Stand The Rezillos – a record with guitars fast and hard enough to almost be late 70s punk rock, but which often comes off with a more playful, whimsical new wave sort of approach! Tracks are short and hook-heavy – produced by Bob Clearmountain with that razor-edged ... CD

Fear Of Music (CD & DVD-Audio – with bonus tracks)
Sire/Rhino, 1979. Used CD & DVD-Audio
CD...$24.99 (LP...$21.99)
A really tremendous album from The Talking Heads – and a set that moves far past their already-great early records, to really show a rhythmic complexity we never would have expected! Brian Eno is helping the group in the studio again here, and the record really shows both David Byrne and Eno' ... CD