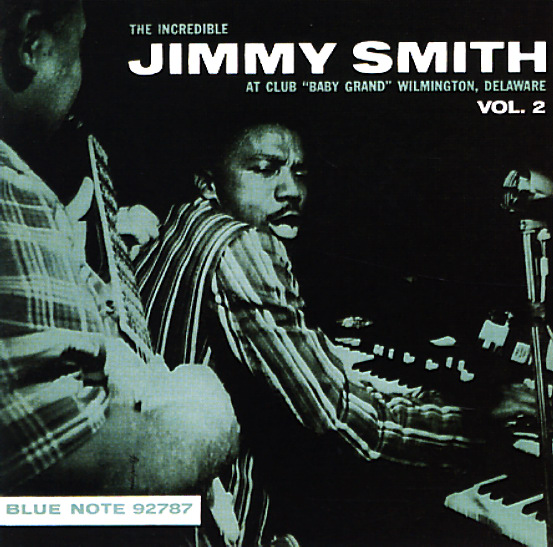 Jimmy Smith heard in the kind of setting that spawned him – playing live at Delaware's Club Baby Grand – just the sort of smoky little jazz room that initially fostered his talents! The liveness of the set brings a really nice edge to the album – a sound that's grittier than some of Jimmy Smith's studio work of the early Blue Note years – and which features him really stretching out on the Hammond, taking close to 10 minutes to run through each tune – and that's saying a lot, given that there's hardly any other soloists! The rest of the group features Thornel Schwartz on guitar and Donald Bailey on drums – and tracks on this second volume include "Caravan", "Get Happy", "It's All Right With Me", and "Love Is A Many Splendored Thing".  © 1996-2022, Dusty Groove, Inc.
(Out of print.)