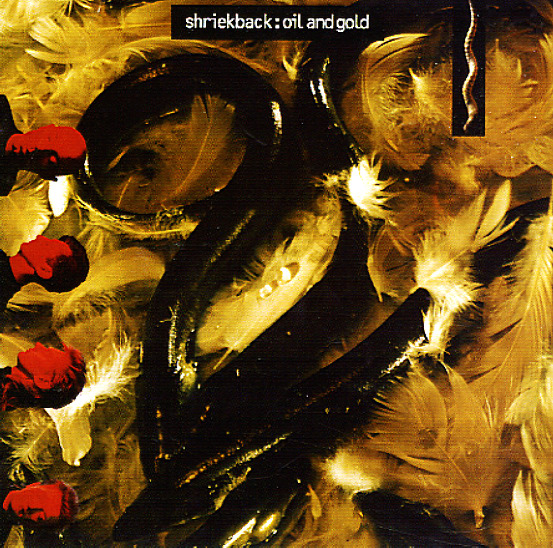 A high point creatively and popularity-wise for Shriekback – somehow fusing soul and funk derived bass lines and choruses with postpunk urgency, keyboards that bring both airy delicacy and fierce tension, some of the most best songs the ever put on an album. This is one of those records that was considered really creative and tough to categorize in its time, yet found a bit of crossover appeal, which is great – but it probably deserves a bit more admiration all these years later! Includes "Malaria", "Everything That Rises Must Converge", "Fish Below The Ice", "This Big Hush", "Faded Flowers", "Only Thing That Shines", "Health And Knowledge And Wealth And Power",, "Coelacanth" and more.  © 1996-2021, Dusty Groove, Inc.
(US pressing in a green cover, includes the printed inner sleeve.)

Low Spark Of High Heeled Boys
Island, 1971. Very Good+
LP...$19.99 (LP...$22.99)
A huge album from Traffic – a set that was first given to the world in a strange-shaped cover – which seemed to grace countless record collections back in the 70s! The group is expanded to a sextet here – with bass from Rick Grech and percussion from Rebop Kwaku Baah – both ... LP, Vinyl record album

Mr Fantasy (red cover)
Island (UK), 1967. Very Good+ Gatefold
LP...$24.99
The incredible first album from Traffic – a record that was already way ahead of the pack, and would set the tone for so many other sounds and modes from others in years to come! At some level, the group were just coming off the big beat group years in the UK – that time of strong ... LP, Vinyl record album

Red
Atlantic, 1974. Near Mint-
LP...$49.99
One of the heaviest early King Crimson albums – a set that really has the group taking off even more than before – pushing the needles way into the red with their own sort of sonic intensity! The group's a trio this time around – with the legendary Robert Fripp on guitar, really ... LP, Vinyl record album