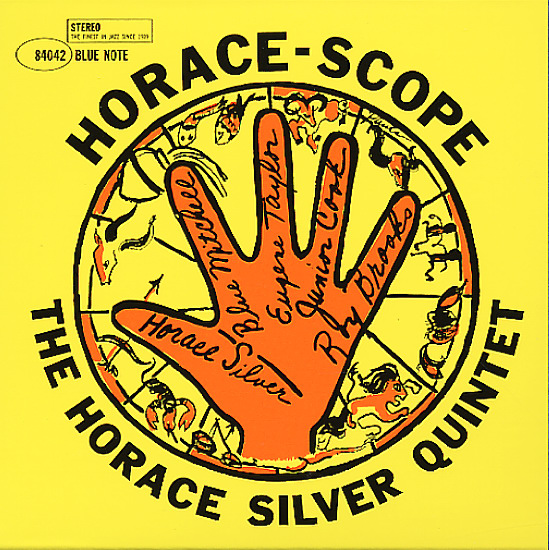 Early 60s magic from Horace Silver – working here at the height of his youthful powers! The album's a perfect example of the sound that Silver created while at Blue Note – a lyrically melodic approach to soul jazz, but one that was able to open up the rhythms past stock riffs and gimmicks – and grow into a magnificent sound that never failed to excite! The group on the set is perfect – with Junior Cook on tenor, Blue Mitchell on trumpet, Gene Taylor on bass, and the incredible Roy Brooks on drums – and the tunes sparkle with wit, warmth, and imagination throughout! Titles include "Where You At", "Without You", "Horace-Scope", "Nica's Dream", "Strollin", and "Yeah!".  © 1996-2022, Dusty Groove, Inc.
(Out of print. Spine has a thin cutout notch, back cover of booklet has a small date in pencil.)