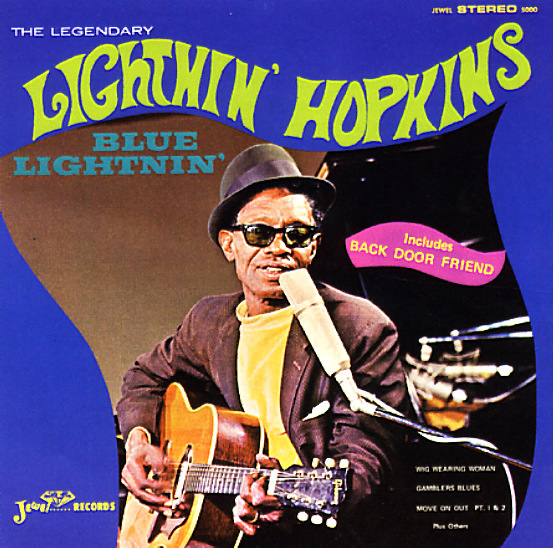 A really nice later set from legendary Texas blues titan Sam "Lightnin'" Hopkins – done up for the Jewel label with a bit of the spark that was missing from the hit & miss work he did earlier in the decade for Bluesville! Blue Lightnin' also has a down and dirty style in spots, too – such as on the sinister "Back Door Friend" – the kind of thing that might have put off the academic market his previous label was shooting for! Other titles include "Found My Baby Crying", "Move On Out" (parts 1 & 2), "Fishing Clothes", "Gamblers Blues", "Wig Wearing Woman", "Last Affair", "Daddy Was A Preacher", "Jail House Blues", "I Hate I Got Married", "Lovin' Arms" and more.  © 1996-2021, Dusty Groove, Inc.