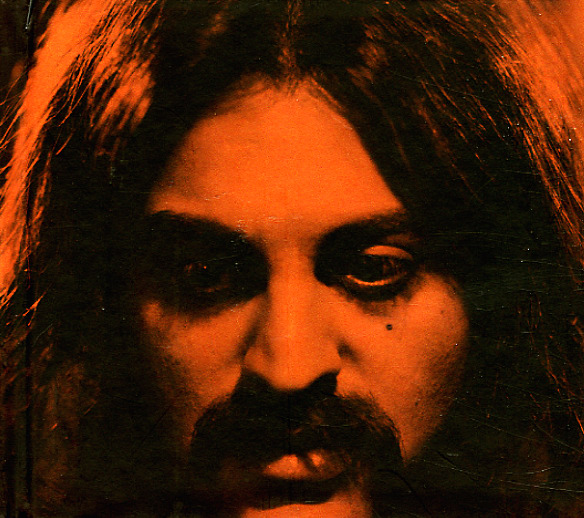 Melodic psychedelia from 70s Iran – an incredible full scale anthology of recordings by guitarist and vocalist Kourosh Yaghmaei from the pre-revolution years – and an absolute treasure! Kouroush often recorded with his brothers – Kourosh singing lead and playing guitars or bass – with Kamran Yaghmaei on guitars and backing vocals and Kambiz Yaghmaei on keys and backing vocals. Other players contribute drums, bass and occasional additional elements – harmonica or horns on few tracks. The sound is a really wonderful amalgam of western garage, psych and strains of funk with native Iranian modes and tempos. The songs here sink in on an emotional level without us knowing a word of the language – the passionate vocals work wonderfully in that regard – but musically, it's innovative stuff that's nicely tripped out and heavily rhythmic, without compromising the melodic sensibility. The heavy duty 3LP set features 21 tracks in all – in a sweet 6 panel gatefold with a 24 page booklet – featuring extensive notes and photos, with Kourosh's story told in autobiographical detail. Like other recent Now Again packages, it's really beautifully done! Titles include "Gol E Yakh", "Dar Enteha", "Paiz", "Leila", "Del Dareh Pir Misheh", "Shirin Joon", "Ghazal", "Mosafere Shahre Baran", "Saghe", "Niyayesh", "Saraabe Toe", "Baroona", "Khaar", Bachehaye Khoobe Koocheh" and more.  © 1996-2022, Dusty Groove, Inc.