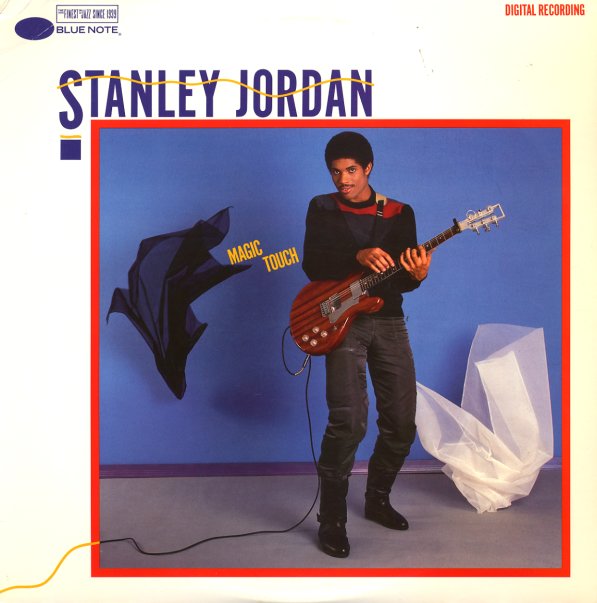 A crucial album for the jazz guitar in the 80s – the debut effort of Stanley Jordan, and a set that exploded with a very fresh sound! Jordan has a really unique way of handling his instrument – playing up and down the fret board with both hands – in ways that are often so lyrically compelling and musically complicated that Blue Note had to package the album with a "warning" that there were no overdubs or production tricks on the set – as you might find from other contemporary players on labels like ECM! Instead, Stanley's got a sound that's surprisingly warm and personal – and which, in a way, is recorded with a style that echoes the legend of his initial discovery by the label, while playing in the subway. Titles include "A Child Is Born", "Fundance", "Angel", "The Lady In My Life", "Round Midnight", and "Eleanor Rigby".  © 1996-2021, Dusty Groove, Inc.
(Out of print.)