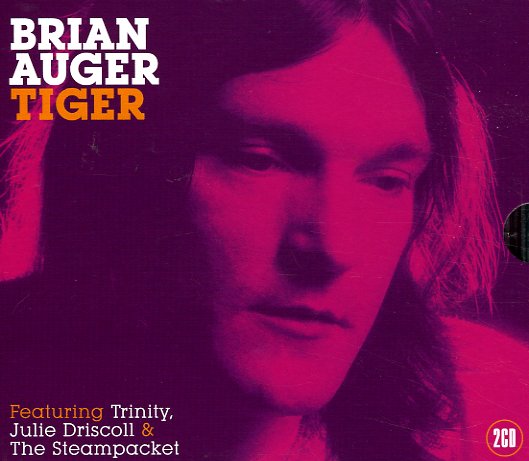 A wealth of early work from UK Hammond hero Brian Auger – material from a variety of different settings, and which really expands things nicely past his famous albums of the time! As with much Auger material, the dates and session details are a bit hazy, but the quality is superb – and most tracks feature Brian really wailing away on the organ, in a mix of inspirations from jazz and soul, all filtered through a modder late 60s London mode! Some tracks feature Auger vocals, a number of others have Julie Driscoll singing in the lead – and a few tracks feature Brian with Rod Stewart's early group Steampacket, and another features Jimmy Page and Sonny Boy Williamson. 25 tracks in all – and titles include "Baby Come Back To Croydon", "Little Girl How Old Are You", "The Goat", "Foolkiller", "Own Up Lady Astor", "Tiger", "Don't Send Me No Flowers", "Walkin", "Holy Smoke", "Baby Baby Baby", "Don't Do It No More", "I Didn't Want To Have To Do It", and "Shadows Of You".  © 1996-2022, Dusty Groove, Inc.