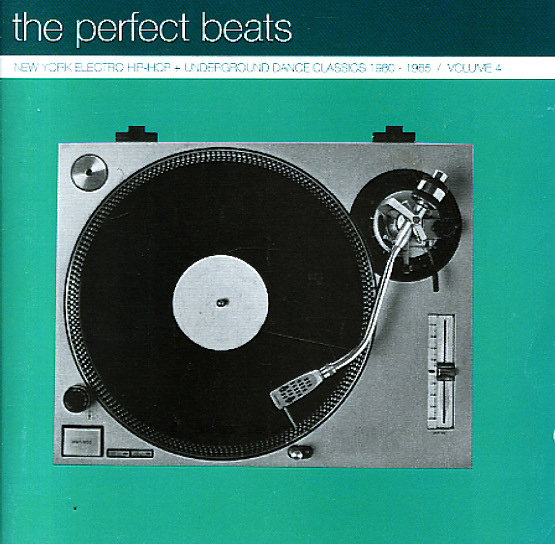 Whether you remember these joints from the glory days of the Paradise or Bam's parties at the Bronx River Projects or are discovering them for the first time, these classic electro/hip hop/breakin'/dance tracks are a must-have for any DJ's crates. On this, the last volume in the series, they also include some jazz/soul tracks that formed the basis of early hip hop. Includes: Jonzun Crew "Pack Jam", Cybotron "Clear", Newcleus "Automan", C-Bank "One More Shot", Quadrant Six "Body Mechanic", Area Code 615 "Stone Fox Chase", James Brown "Give It Up Or Turn It Loose", Blackbyrds "Rock Creek Park", Lonnie Liston Smith "Expansions", Jimmy Castor Bunch "It's Just Begun", Candido "Jingo", Barrabas "Woman", Eddie Kendricks "Date With The Rain", Herman Kelly + Life "Dance To The Drummers Beat", and Afrika Bambaataa "Looking For The Perfect Beat".  © 1996-2022, Dusty Groove, Inc.
(Out of print.)