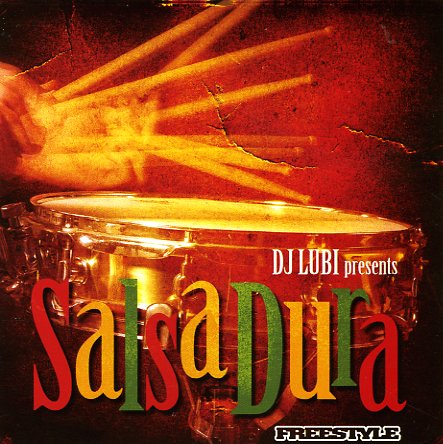 Hard salsa jams selected by DJ Lubi – who has put together hot set that's steeped heavily in traditional style – killer stuff from pure NYC salsa, to faithful and feverish jams the west coast, to the UK, Venezuela, Colombia and beyond! Most of these numbers here are from the 70s Fania school of feverish salsa, with a few legends and younger groups that truly generate the proper heat – with tracks from the past couple years by Snowboy & The Latin Section, Johnny Polanco, Grupo Latin Vibe, Ray Rodriguez and many more! Titles include "Oscuridad" by Johnny Palanco & Conjuto Amistad, "No Cuentes" by Santiago Allstars, "El Embajador" by Jimmy Bosch, Atrevete" by Bio Ritmo, "Mas Salsa" by Cheo Linares, "Me Voy Pa La Rumba" by Grupo Latin Vibe, "Bailalo" by Snowboy & The Latin Section, "Baila Con Swing Sabroso" by Ray Rodriguez Y Swing Sabroso and more.  © 1996-2023, Dusty Groove, Inc.
(Out of print.)