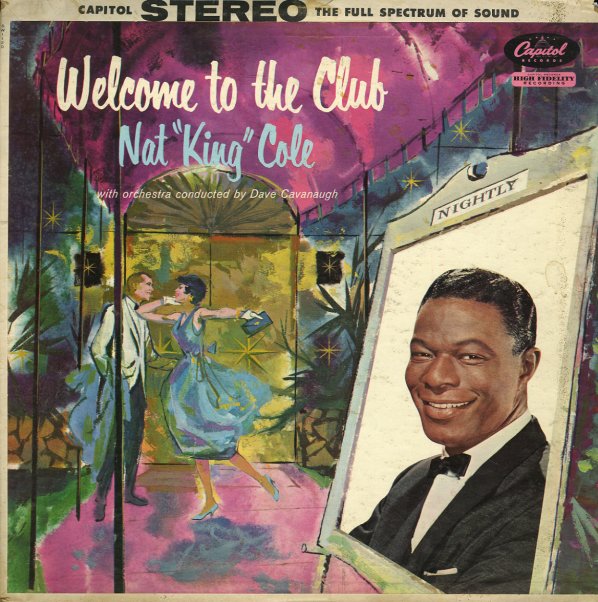 Welcome To The Club

One of our favorite albums by Nat King Cole – done with a bit more depth and feeling than some of his other Capitol sets of the time – and some great jazzy backings, too! Arrangements are by Dave Cavanaugh, but there's almost a Basie-like quality to the group at times – never too hard-swinging, but definitely that slow-burning quality the Count could hit so well with a singer, especially on the horns! The group is awash with Basie-ites – and saxes are by Marshall Royal, Frank Foster, Billy Mitchell, and Frank Wess; trumpets include Joe Newman and Thad Jones; trombones feature Al Grey, Henry Coker, and Benny Powell; and rhythm features guitar from Freddie Greene, piano from Gerald Wiggins, and drums from Sonny Payne – definitely a swinging lineup. Titles include the great "Welcome To The Club" – plus "Anytime Anyday Anywhere", "The Late Late Show", "Wee Baby Blues", "Avalon", "She's Funny That Way", and "The Blues Don't Care".  © 1996-2021, Dusty Groove, Inc.
(80s stereo UK rainbow label pressing.)