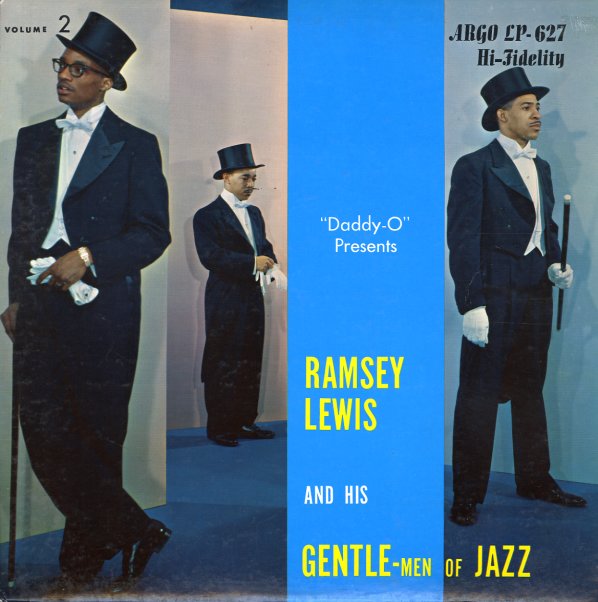 Ramsey and the trio are on the front in tuxedoes, top hats, and tails – but the overall sound of the record is much more in keeping with their soul jazz grooves of the late 50s – not necessarily gentlemanly, but with a worldly appreciation for a variety of styles of music, and perhaps a bit more of a flowery touch than in later years. Titles include "Black Is The Color", "Brother John", "Seven Valleys", "Delilah", "I Get A Kick Out Of You", and "Please Send Me Someone To Love".  © 1996-2021, Dusty Groove, Inc.
(Mono black label pressing with deep groove.)