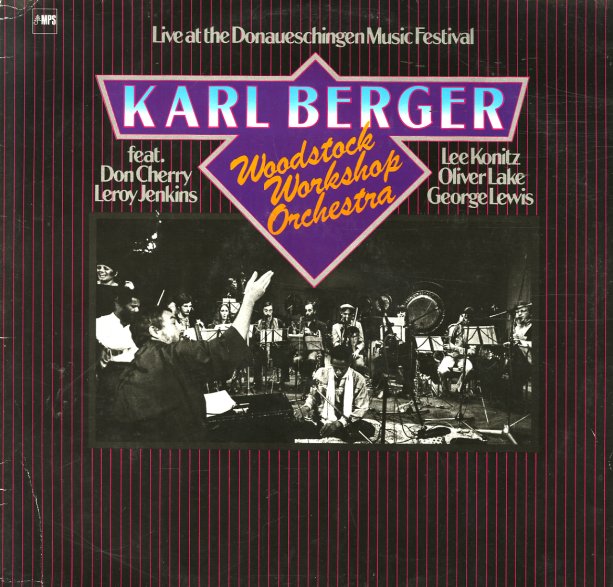 A very cool project from Karl Berger – a set that features two different groups, both hip – one with Don Cherry on pocket trumpet, Tom Cora on cello, George Lewis on trombone, and Leroy Jenkins on violin – the other with Oliver Lake and Don Davis on alto and flute, Lee Konitz on alto, Tom Collins on tenor and soprano, Trilok Gurtu on tabla, and Peter Apfelbaum on drums and percussion!  © 1996-2021, Dusty Groove, Inc.
(Cover has some light wear.)