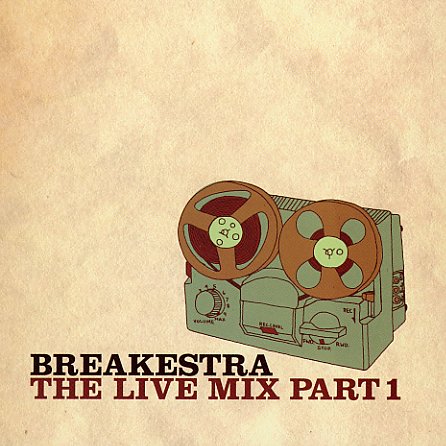 A much-needed new pressing of the first "live mix" by Breakestra – with some bonus material! It's a non-stop funk party that's a perfect summation of the way the group take an older funky 45 style of work, and filter it through a hip hop live mix approach, layering funky tunes on top of each other, back to back, in a blistering array of heavy funk that's probably more full-on than you'd hear from any of the original groups in the 70s, most of whom only had one or two really great songs in their bag! The US volume 2 of Live Mix has been a huge seller – and it's great to finally get access to part 1 in a nicely priced US version!  © 1996-2021, Dusty Groove, Inc.
(Out of print.)