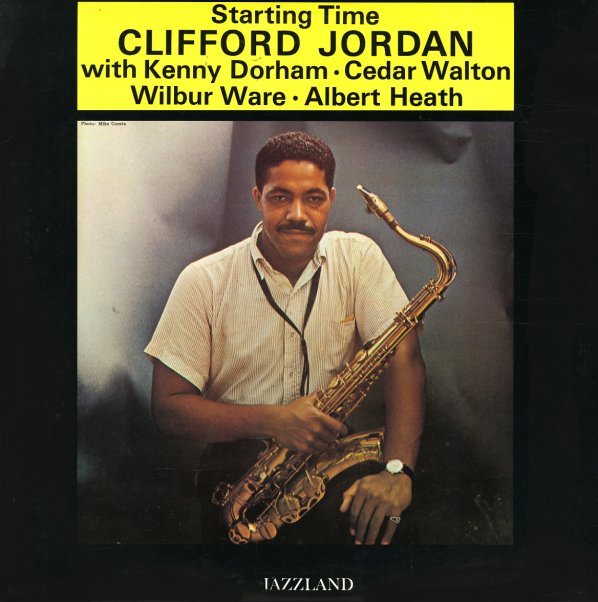 A great early Clifford Jordan record, and a tight bit of jazz from this great Chicago tenor player. Another Chicago favorite, Wilbur Ware, is on bass, and a young Cedar Walton's playing piano, and with warmth like that, Jordan and trumpeter Kenny Dorham sound great next to each other. Loads of original hard bop lines by Jordan, including "Extempore" and "Quittin' Time", plus "Mosaic" and "One Flight Down" by Cedar Walton.  © 1996-2020, Dusty Groove, Inc.
(OJC pressing, still sealed with hype sticker. Cover has a cut corner.)

Clifford Jordan & The Magic Triangle On Stage Vol 1
Steeplechase, 1975. Near Mint-
LP...$16.99
Excellent work from Clifford Jordan – far better than the usual Steeplechase session of the time! The vibe here is similar to Jordan's work at the time on the Strata East label – played in a very similar group, with Cedar Walton on piano, Sam Jones on bass, and Billy Higgins on drums ... LP, Vinyl record album