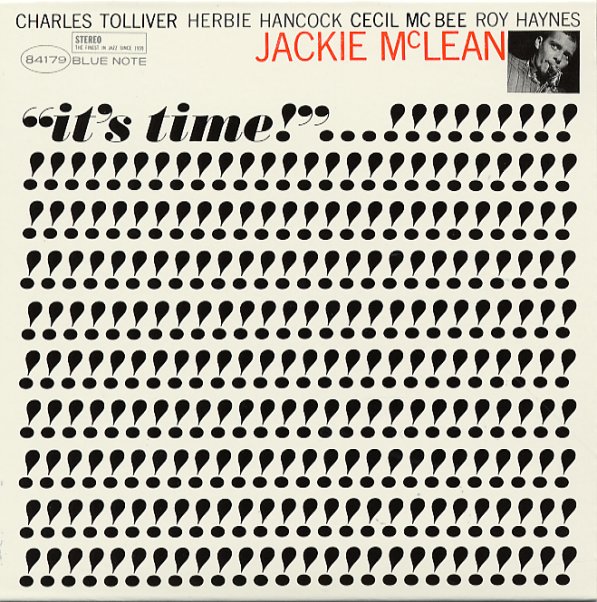 It certainly was time – time for Jackie McLean to break out of his older bop mode, and hit a whole new level of playing with a tight group of "new thing" compatriots like Herbie Hancock on piano, Cecil McBee on bass, and Charles Tolliver on trumpet! The record isn't as totally "out there" as some of his other ones from this period, but it's a seminal release in Jackie's modernist period – and it's one of the hardest to find from the era. Filled with warmly wonderful original compositions like "Revillot", "Snuff", "Truth", and "Das Dat" – the record is unpacked and remodeled nicely by the trio of young players, aided by Jackie's moody alto, and given a great spin by Roy Haynes on drums. Striking cover, too – with a huge field of exclamation points!  © 1996-2021, Dusty Groove, Inc.
(On Demand CDr pressing.)