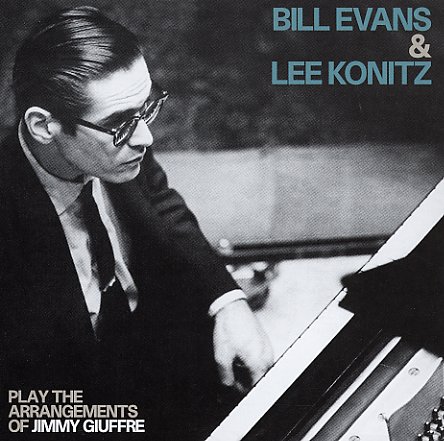 An amazing convergence of talents – one that took place in 1959, for Verve Records, and which featured work by some of the greatest modernists of the late 50s! The CD features work from 2 different Verve albums – Lee Konitz Meets Jimmy Giuffre and You & Lee – both of which features arrangements from Giuffre, then making big waves with his pianoless trio format for the label (and Atlantic) – but who's working here in a larger setting that still showcases his marvelously fluid conception of sound. The first set features twin altos by Konitz and Hal McKusic, alongside tenors by Warne Marsh and Ted Brown, with baritone sax by Jimmy, and incredibly subtle piano work by Bill Evans. The next session features Giuffre taking an even stronger hand in arrangements, but letting Konitz step out even more as the lead soloist – working within a larger horn group that features work by Billy Byers, Eddie Bert, and Ernie Royal. Bill Evans only plays on 4 of these tunes, with Jim Hall sliding in on guitar for the remainder – but that shift is ok with us, as it only further displays the Giuffre magic at the time! 17 tracks in all – with titles that include "Palo Alto", "Cork N Bib", "Uncharted", "Sompn Outa Nothin", "Darn That Dream", "I Didn't Know About You", "I'm Getting Sentimental Over You", and "You Are Too Beautiful".  © 1996-2021, Dusty Groove, Inc.
(CONDITION NOTE: this copy is missing the rear tray card and is priced accordingly.)