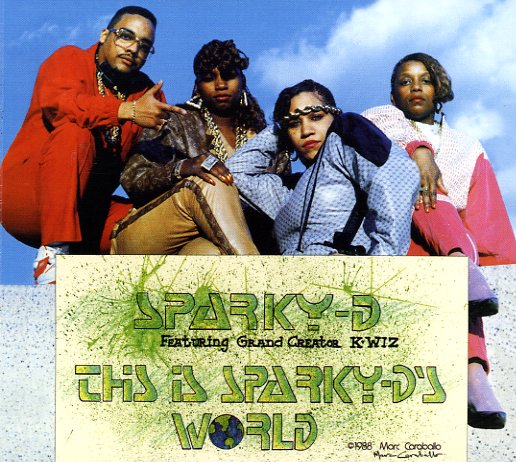 This Is Sparky-D's World (with bonus tracks)

Maybe not the first full length album by a female MC, but a really well-remembered set from the early days – and one that hardly tries to go for any crossover modes at all! Instead, Sparky-D really keeps it live and close to the streets – beginning the set with an acapella track that almost feels like a freestyle – then following with lots of strong production work from Spyder D – who again keeps things lean and nicely sharp – really providing the kind of beat-heavy burst that could make old school rhymes sound so powerful and urgent! Titles include "Never Ran, Never Will", "Grand Creator K-Wiz, Best In The Biz", "This Is Sparky D's World", "I Can't Stop", "Yankee Boy", "Punk Rock Rap", "Throwdown", and "Sparky's Rap". This extended CD edition has bonus 12" mixes and instrumentals – 6 of them, including "Throwdown (Original 12" Version)", "I Can't Stop (Instrumental)" and more.  © 1996-2021, Dusty Groove, Inc.