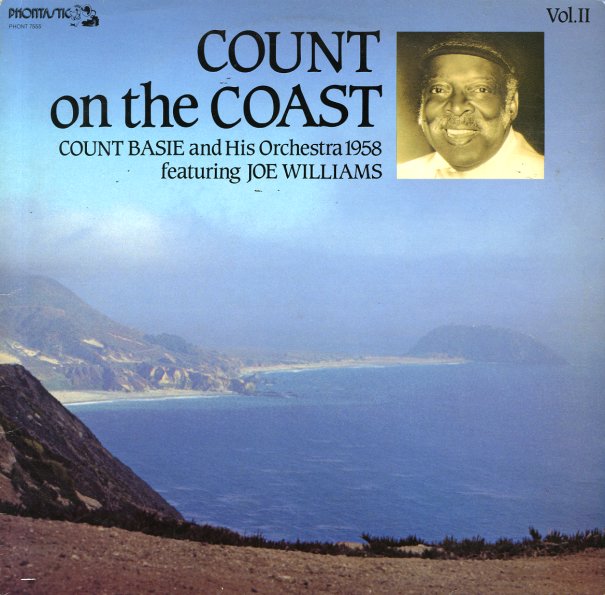 Count On The Coast Vol 2

The classic Basie Band from 1958 – with Joe Newman, Thad Jones, Wendell Culley, and Snooky Young on trumpet; Benny Powell, Henry Coker, and Al Grey on trombone; Frank Wess on alto and flute; Marshall Royal on alto; Billy Mitchell and Frank Foster on tenor; Charlie Fowlkes on baritone; Freddie Greene on guitar; Eddie Jones on bass; and Sonny Payne on drums.  © 1996-2022, Dusty Groove, Inc.
(Mid 80s issue. Cover has a name written in marker in back along the top seam.)