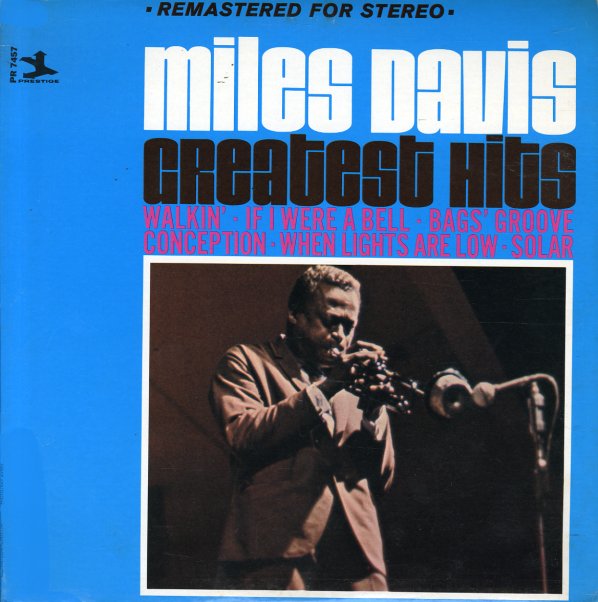 Lots of classic early material – including "If I Were A Bell" recorded with John Coltrane on tenor and Red Garland on piano, "Conception" with Sonny Rollins on tenor and Jackie McLean on alto, "Bag's Groove" with Milt Jackson on vibes, "Solar" with Horace Silver on piano, and "Walkin" with JJ Johnson on trombone, Horace Silver on piano, and Lucky Thompson on tenor!  © 1996-2022, Dusty Groove, Inc.
(Blue circle logo label stereo pressing. Cover has some wear and aging, with a half split bottom seam, and a 3 inch tear in the back panel.)

Images
Prestige, 1960/1976. Near Mint- 2LP Gatefold
LP...$19.99
Oliver Nelson never gets his due, and we can never understand why, because his talents as both an arranger and soloist are extremely strong. This nice 2 LP set brings together 2 albums that are bound to make a convert out of anyone who's been passing him up so far, and it shows a young Nelson in a ... LP, Vinyl record album