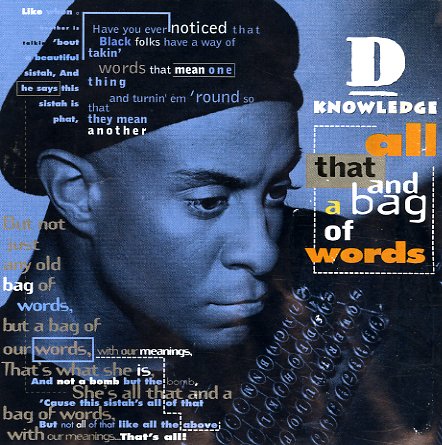 All That & A Bag Of Words

(Out of print, promotioanl stamp on booklet cover.)