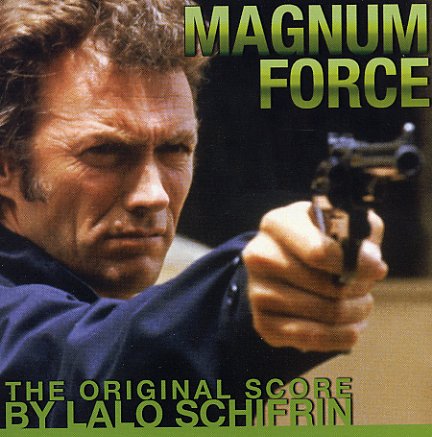 Pure 70s genius from Lalo Schifrin – and the lost soundtrack to the second Dirty Harry film! Magnum Force never received a proper soundtrack album at the time – and although we've waited over 30 years, this overstuffed package finally gives the Schifrin score it's due – serving up a great variety of short tunes that fully illustrated the musical genius that made the Dirty Harry films so great. The set's got a total of 22 tracks in all – and goes way beyond the Dirty Harry Anthology sets to include some of the darker, moodier numbers from Magnum Force – some great shorter tunes that sit nicely next to the more famous funky themes! Titles include "Warm Enough", "Last Dance In Sausalito", "Early Is Late", "Briggs", "Magnum Force", "Stakeout", "Execution Squad", "The Bullet", "Potrero Hill", "The Faceless Assassin", "The Crooks", and "Harry's Ostinato".  © 1996-2021, Dusty Groove, Inc.