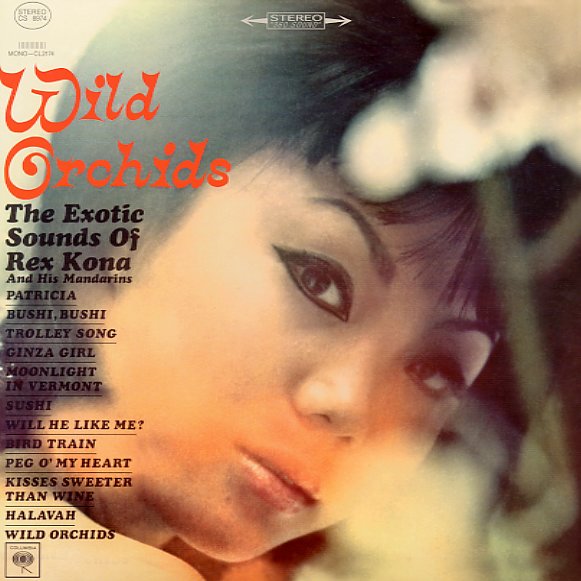 Wonderful stuff – way more than just an easy instrumental album, and a great batch of exotic tunes with lots of jazzy touches! There's enough of the Martin Denny and Arthur Lyman influence here – but Rex and group take the sound a lot further, by playing like a true small combo, and swinging the tunes with a heck of a lot more jazz than you'd expect. Grooves are nice, and get quite Latiny at times – and the feel of the record almost reminds us of some of Bobby Montez work for Pacific Jazz in the late 50s. Titles include "Ginza Girl", "Sushi", "Patricia", "Wild Orchids", "Bird Train", "Bushi Bushi", and "Will He Like Me".  © 1996-2021, Dusty Groove, Inc.